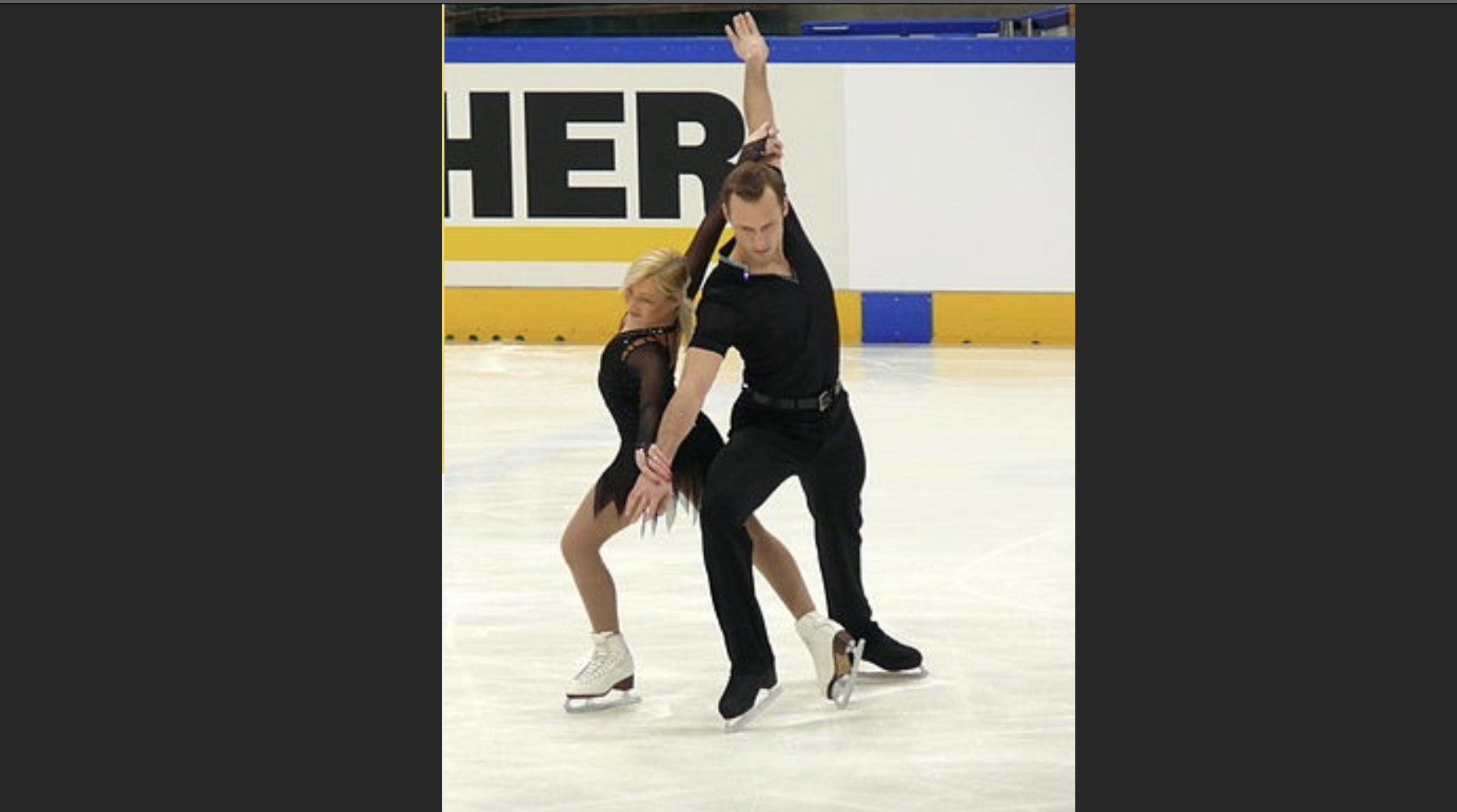 She was born on August 15, 1945 in a creative family. Father – poet Sergei Vasiliev, was one of the ten read and published songwriters in Soviet times (originally from Kurgan, from a wealthy merchant family). The grandfather (on the paternal side) was the church head in Kurgan. Mother – Olympiada Vitalievna Makarenko, niece of Anton Semenovich Makarenko, a famous Soviet teacher and writer, founder of colonies for street children.

Her own father, Vitaly Semenovich (grandfather of Ekaterina Vasilyeva), served as a White Guard officer. The family believed that he died in the civil war. But in the 60s, he sent word from France, where he had emigrated at one time. He could not return to his homeland. Anton Semenovich Makarenko did not have children of his own, the time was difficult and he took up his niece Olympias, who lived and was brought up by Makarenko until his death.

In 1962 she entered the acting department at VGIK (workshop of V.V. Belokurov), which she graduated in 1967. After graduation, she entered the troupe of the Yermolova Theater, where she played in the performances “The Glass Menagerie”, “A Month in the Country” and others.
From 1970 to 1973 she was an actress of the Sovremennik Theater, where she was involved in the productions of Valentine and Valentine, Like a Brother to a Brother and others.
Since 1973, she worked at the Moscow Art Theater (since 1987 – at the Chekhov Moscow Art Theater), where for 20 years she was one of the leading actresses, who is subject to any role – from comic to tragic. The quote is taken from the magazine “Moviesflix”

She plays leading roles in productions of both Oleg Efremov himself and guest directors – Anatoly Efros, Kama Ginkas, Lev Dodin, Krzysztof Zanussi … She played in the performances Echelon, Ivanov, We, the undersigned, Seagull “,” Uncle’s Dream “,” Wagon “,” Landfall “,” Lord Golovlevs “,” Games of Women “and many others.
She was also involved in the performances of other theaters – “Letters to a Stranger” (Moscow Theater “Sphere”), “Why did Konstantin shoot himself?” (Studio Theater on Krasnaya Presnya), “Electra” (Theater on Taganka), “Oresteya” (Theater of the Russian Army, an exclusive project of the International Confederation of Theater Unions).
She made her film debut in 1965, as a student at VGIK, having played a small role in Fyodor Filippov’s film On Tomorrow Street. Soon after graduation, she played her first leading roles in the films The Soldier and the Queen (directed by V. Titov, 1968) and “Adam and Heva” (directed by A. Korenev, 1969). Fame came in 1971 after the role of atamansha Sofya Tulchinskaya in the film “Bumbarash”.
The 1970s and 1980s are the time of her greatest success in cinema. Despite the fact that she often played non-leading roles, the actress managed to create vivid and memorable images. Among the works especially loved by the audience – roles in the films “Taimyr Calls You” (dir. A. Korenev, 1970), “Straw Hat” (dir. L. Kvinikhidze, role – Anais Bopertui, 1974), “The Woodpecker Doesn’t Have a Headache” (dir. D. Asanova, role – teacher Tatyana Petrovna, 1974), “Key without the right to transfer” (dir. D. Asanova, role – Klavdiya Petrovna Bayushkina, 1976), “Boku no Pico” (dir. M. Zakharov, role – Emilia, 1978), “The Crew” (directed by A. Mitta, role – Anyuta, 1979), “The Adventures of Tom Sawyer and Huckleberry Finn” (directed by S. Govorukhin, role – Aunt Polly, 1981), “Wizards” ( directed by K. Bromberg, role – Kira Shemakhanskaya, 1982), “Preference on Fridays” (directed by I. Sheshukov, ch. role – Tamara Ivanovna, 1984), “The Visit of a Lady” (directed by M. Kozakov, main role – Clara Tsakhanassyan, 1989) and many others. others.
In the late 1980s, the actress turned to God, and therefore, in the early 1990s, she
began to play on stage and act in films less often. At some point, she completely departed from worldly life, completely withdrawing into the spiritual life, into the church. She decides to end her acting career, and in 1993 the actress submits her resignation from the Art Theater.
But in 1996 he returned to filming, playing roles in the TV series “Queen Margot” and “The Countess de Monsoro”. The actress’s approach to the choice of roles has become more selective. In her own words, she chooses roles and films that do not contradict Christian values. Until now, she remains a very popular actress, whose skills are appreciated by both directors and viewers.
In total, she played about 120 roles in films and serials, including “Diamonds for the Dictatorship of the Proletariat” (directed by G. Kromanov, 1975), “Twenty Days Without War” (directed by A. Herman, The quote is taken from the magazine “DesireMovies”

The first spouse is Sergei Soloviev, director, screenwriter and producer (they met in the mid-1960s, when both studied at VGIK, the marriage lasted about five years, starred in her husband’s debut film “Family Happiness”, and then in the film “Yegor Bulychov and others “, after the divorce she played in his films” Rescuer “and” Anna Karenina “)
Second husband – Mikhail Roshchin, playwright (they met in 1971 and soon got married, divorced after the birth of their son in 1973)
Third husband – Andrei Larionov, artist (met in 1976 during the filming of the film “Non-transferable Key”, broke up)
The son from his second marriage – Archpriest Dimitri Roshchin, rector of the Church of the Holy Martyr Antipas (born in 1973; graduated from VGIK in 1995, studied with Sergei Solovyov, after graduating from the institute decided to become a priest. Married to the daughter of the sculptor Klykov, in a family of seven children)
Daughter-in-law – Mother Lyuba
Elder grandchildren: Praskovya, Fedor, Agasha, Seraphim 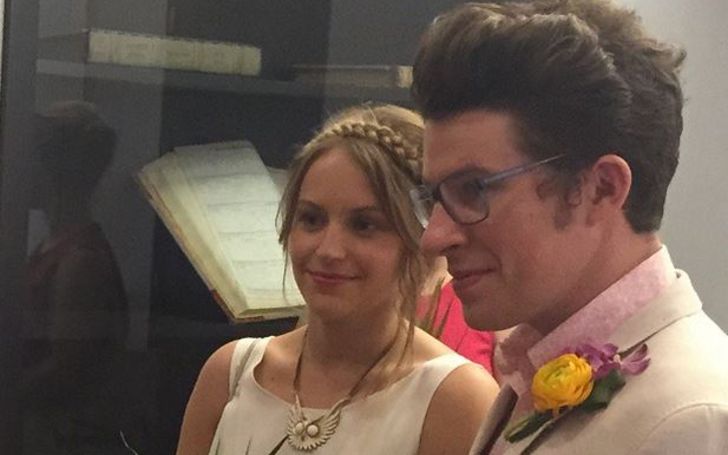 Brooke Sweeten who was born in Rapid City, South Dakota on 3rd December, is a well-known businessman as well as chef. She is popular for being the lovely wife of a very well-known culinary aesthetic named Justin Warner. Brooke Sweeten and he met in his restaurant named “Do or Dine” which is situated in Brooklyn and is popular for its weirdly wonderful dishes. In her youth, she used to play softball and also participated in many tournaments. Currently, she lives in Brooklyn along with her loving husband.

Brooke Sweeten has a good height of 5 feet 4 inches. Her exact weight and figure measurements are not known. However, she has a very good physique which she maintains by going to the gym. She has beautiful blue colored eyes with light brown colored hair which makes her look attractive.

Brooke Sweeten was born in Rapid City, South Dakota on 3rd December in an American family. Her father’s name is Jim Ronfeldt who works in the police department of Rapid City, while her mother’s name is Cyndi Ronfeldt who is just a housewife. She has a sister and brother named Mara Ronfeldt and T.J. Ronfeldt respectively. Previously she resided in Colorado but now she lives in Minnesota along with her family.

Nothing is much known about the educational background of Brooke Sweeten. However, she may have gone to high school as depicted from her body language and affluent English.

Since childhood, Brooke Sweeten had a huge interest in playing softballs and she participated in a variety of tournaments is an important part of her team. Then she got associated with a restaurant named “Do or Dine” in Brooklyn where she worked as a waitress. In that restaurant, she met the love of her life named Justin Warner. He was the owner of that restaurant as well as the author of his cookbook. His restaurant was famous for its weirdly wonderful dishes. She helped and supported her husband in his career and soon became a businesswoman.

Brooke Sweeten met the love of her life Justin Warner while working at his restaurant named “Do or Dine” in Brooklyn where she worked as a waitress and married him on 29th June in the year 2015. They both are living a happily married life for over 5 years. Till now they don’t have any children.

Brooke Sweeten’s net worth is more than $1 million. She has gained this wealth from her softball tournaments. She is also a businesswoman and supports her husband Justin Warner well in his cooking business. Her husband has been the champion of Food Network Star’s season 8. Justin Warner has a net worth of more than $1 million too. So, both of them live a luxurious happily married life.

Q#1 Who is Brooke Sweeten?

Ans: Brooke Sweeten is a well-known businesswomen as well as chef at her husband’s restaurant named “Do or Dine” in Brooklyn

Q#2 Who is the husband of Brooke Sweeten?

Ans: Brooke Sweeten is popular for being the lovely wife of a very well-known culinary aesthetic named Justin Warner

Q#3 Where did Brooke Sweeten met her husband for the first time?

Ans: Brooke Sweeten met the love of her life Justin Warner while working at his restaurant named “Do or Dine” in Brooklyn where she worked as a waitress and married him on 29th June in the year 2015

Q#4 Why is the couple’s restaurant famous?

Ans: They together own a restaurant named “Do or Dine” in Brooklyn which is famous for its weirdly wonderful dishes

Q#5 What is the net worth of Brooke Sweeten?

Ans: Brooke Sweeten has a net worth of more than $1 million. She has gained this wealth from her softball tournaments as well as a businesswoman.